Mother’s Day has passed, but the photos live on

First you have to outplay, outwit, and outlast CVS 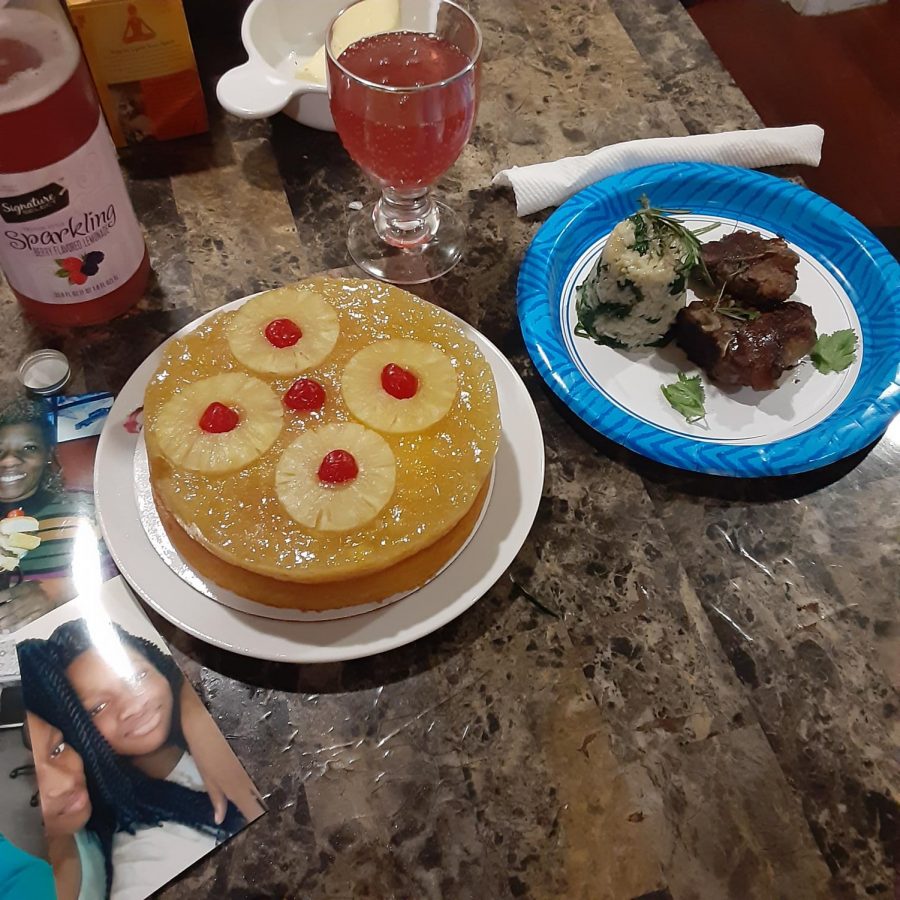 The kids did the cooking for Mother's Day: lamb chops, fancy spinach and rice, and – in honor of Mom's preferences – a cake that was not chocolate.

Of course we should all celebrate our mothers everyday but nothing’s wrong with an extra special day for that very important woman in your life. My mother has always liked Mother’s Day so I really try my best to show my love and appreciation. I ordered some old photos off of Google Photos and picked them up at CVS. She likes those types of things; pictures, letters, cards, and such.

Anyway, I tried to order the pictures at one CVS that was close to my home but their photo printer was broken. I didn’t find this out by them telling me this though. I was wondering why I didn’t get my pick up email yet, so I called the store and they said their printer was broken and just hung up without cancelling my order. Ugh. People.
With no time to lose, I called the next CVS I knew of and asked about their printer before ordering. A staff member at the CVS by the Petworth Station told me their printer was good and that once they received an order, the pictures would be printed in about 30 minutes. This was all good news but I had to hurry and get the pictures and get home to cook dinner. I was supposed to be cooking the lamb chops. Had to be quick.

I asked my father to drive me to the CVS and, since he was already heading out, he said that he could. It was a disgustingly warm day so I made sure I had on my hoodie. I just hate it when the sun hits my skin, but I also hate how hot I get from the sun and long clothing I wear. It’s just, you can never take off everything when you’re hot but I also can’t take anything off to make sure the sun doesn’t hit. It’s just a weird cycle going on with me.

I came five minutes early so I waited in the store near the front. I saw people go in and out and they all were wearing masks. I guess people are starting to take things seriously. I still think it’s crazy, that just a few months back, things were extremely different. I never did see too many people wearing face masks for protection before.
When the pictures were ready, I paid for them and left the store to head home.

Once I arrived, I washed my hands and started to prep and cook the lamb chops. Jacqueline was making the rice and spinach. In the end, everything turned out well and my mother really enjoyed herself. She really liked the picture collage and the plant my father got her. It was a nice day despite the heat. I still can’t get over the fact that she doesn’t like chocolate, so a chocolate cake was out of the question.