Zombie apocalypse this is not

Still, babies need to be protected 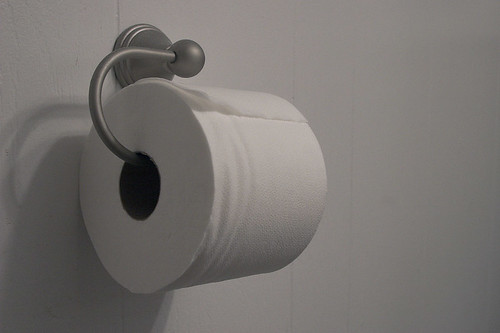 Toilet paper has become ridiculously precious. Because of all the hoarding going on, it can be hard to find in the stores.

When I first heard of this virus I did not think it was that big of a deal. Of course that is because it wasn’t spreading in the country I live in. It was not until schools closed down that  I realized how bad this pandemic is. Of course it should’ve been seen this way when it became a pandemic in the first place.

Since this period of quarantine has begun some people take it as though it’s a zombie apocalypse. It’s not. It’s a sickness, one that can be avoided. That’s the point of this quarantine. But as usual people don’t listen and insist the world is ending; so instead of staying inside they leave their homes and raid out all the stores to the point where toilet paper is now in high demand.

This virus has affected my daily life as well. My sister is only about 2 months old and my mom is worried about her health if she were to be infected. We haven’t been leaving the house often, but when we do my mother makes sure we wash our hands and change all our clothes before we even get near her.

Usually I’m the type to be excited about school closing down, but when the reality of the situation sunk in I kind of hoped we’d resume after our two weeks off. I don’t like this distance learning thing. I struggle in school even with teachers around. Now I can only speak to them through screens. I feel like teachers are giving us more work than we’d even do in class so it’s kind of stressing but I’ll most likely do it all anyway.

This break isn’t all bad though, since sports and almost everything is cancelled people have a lot of time to spend with their families. I used to not get home until around six or seven, some days even eight or nine. Now I’m with my family 24/7. I can probably only take another day or two before I get tired of them though.