Sophomores Discuss What Removal of President Trump Could Mean for Them 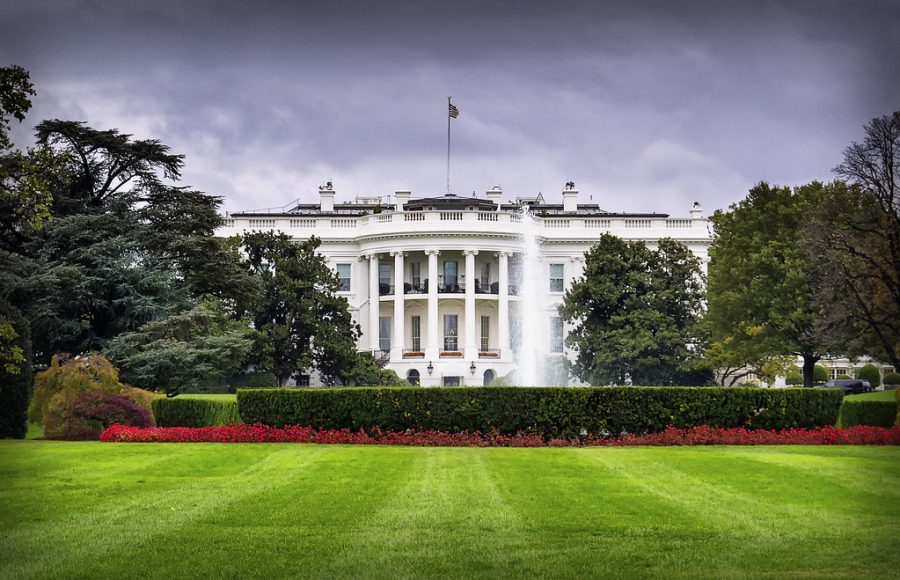 A dark cloud hangs over the White House with impeachment hearings taking place nearby on Capitol Hill.

Students in English teacher Synclair Young’s journalism class discussed allegations against Donald J. Trump that have led to impeachment proceedings. The President is accused of abusing his power by withholding aid to Ukraine in search of a foreign investigation of Joe Biden, Trump’s biggest rival in the 2020 presidential election.
“This may go down in history as the first president who will be evicted from the White House,” sophomore Travon Ray said yesterday.
After watching news videos providing factual information about the process, students discussed the possibility of Trump being removed from office, and whether this would be a good or bad outcome for them and their community.
“This could lead to a positive impact because immigrants can have less to worry about,” Jasha Williams said.
Alimamy Turay agreed: “We don’t need this president in office anymore. He has caused enough trouble.”
However, Ikwan Kelly and Antonio Wilkins said it doesn’t matter to them if Trump stays or goes. “I don’t really care who the president is,” Kelly said.
After learning that impeachment is reserved for such serious abuses of power as treason, bribery, and other high crimes and misdemeanors, sophomore John Reyes said, “I want him to be impeached because he is a bad person.”
Students learned that impeachment does not necessarily mean the president will be forced out of office. Many in the class agree with popular opinion that Trump will be impeached by the House of Representatives, but not removed from office by the Republican-led Senate.
Sophomore Omareh Menefee said he thinks the U.S. is being led by a criminal. “If he remains in office there will be no justice for the people,” Menefee said.